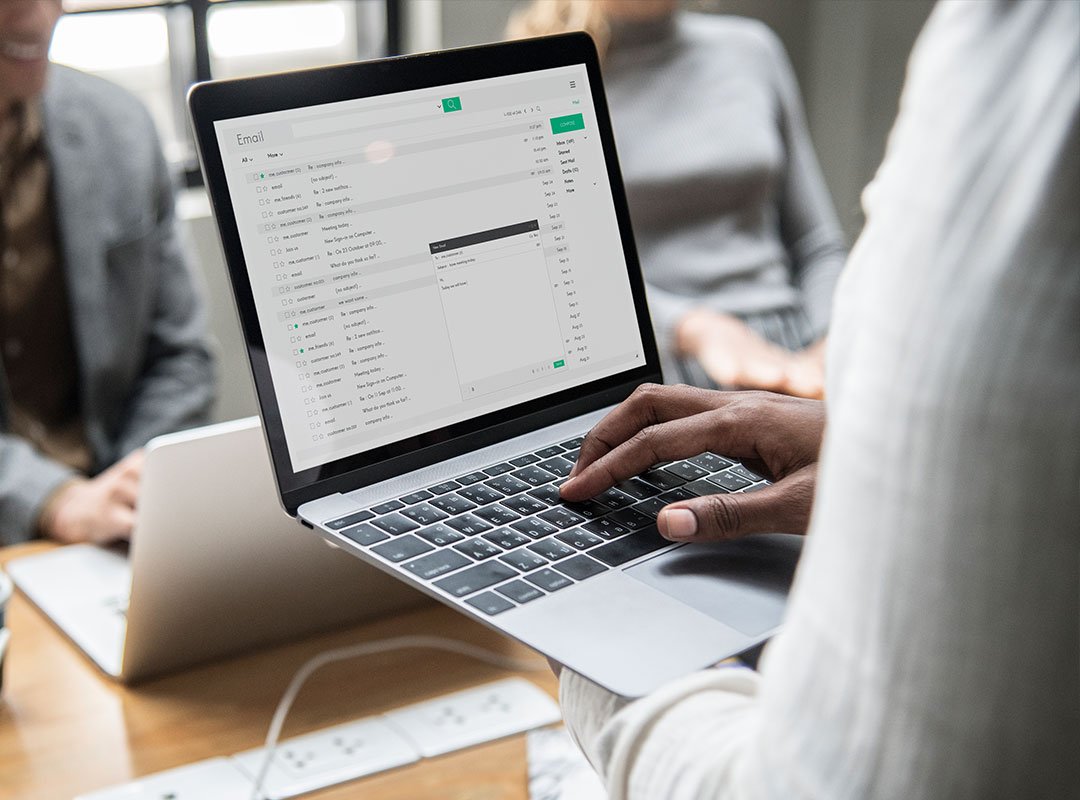 Here at Blabbermouth, we’ve been talking about the move to a digital-first sales strategy for years – in fact one of the main taglines that you will see across our website is “We don’t talk about digital marketing, we talk about marketing in the digital world” and we believe it wholeheartedly.

Especially since the pandemic pushed even more sales online, your emails become even more influential, as a main source of contact with your prospects. In turn, this means optimising the open rates of your emails is one of the simplest and most effective ways to nurture those prospects in order to drive sales.

In this blog, we’ll cover some basic “dos and don’ts” of email writing, as well as fill you in on the 2022 trends we’ve noticed recently, and how they should work their way into your outreach.

Addressing your readers specifically is one of the best ways to increase open rates. And rather than having to manually change the subject line for Adams, Alans and Andrews, many CRM systems like HubSpot, will allow you to add Personalisation Tokens that sift through your customer data for the right term, and it’s not just names you can add…

Business names, industries, or any other data that you get from your customers and prospects can be pulled out, and added to your subject lines to help create emails that speak to specific people, rather than your customers on the whole…

Check out the two subject lines below, and consider if you were in Andrew’s shoes, which email you would rather open…

While you’re still introducing your brand to your prospects, convincing them of your technical knowledge and credibility is a significant hurdle that needs to be overcome if you ware going to gain their trust.

But with such limited copy available in emails, how can you boost your credibility without taking copy away from the main sales or educational message you’re intending the email to deliver?

Testimonials are an easy way to show your credentials, but make sure they’re product appropriate (e.g. If your email is about the benefits of FTTP, there’s no point adding a testimonials about your VoIP systems or Managed Services).

A couple of awards logos – whether finalists, highly commended or winner panels – will certainly help to increase their perception of your business. Accreditations logos from your vendors will speak to your technical knowledge and reliability.

Even ignoring the previous tips, the most important factor in getting leads from your marketing emails is making sur your Call to Action and key message are visible ‘before the fold’, or in the first section of the email, before readers have to start scrolling.

It may not be possible with mobile versions especially, but getting the key message, whether an offer or educational piece up front means they’re more likely to absorb the information before they start scanning the rest of the email – as we all do when we’re in a rush!

The subject line can also be an important factor in this, detailing the offer, but it’s important that the message is clear, as click-baity titles that don’t tell the reader what they’re looking at are annoying and will most likely be left unread.

If you’re lost for terms that increase open rates, here are some of the most popular terms this winter…

One piece of advice we give to almost every client is that emails should look like they’re coming from a person, not a brand. In fact, sending emails from a person rather than the business increases B2B open rate by 38% and reduces unsubscribe by 68%, so why wouldn’t you?

However, we’ve seen recently that email address that include the product name, or are more specific than just ‘the brand’ are great at immediately establishing relevancy and helping readers identify whether the email is worth reading. And the great new is that this can increase Open Rates by 34%! 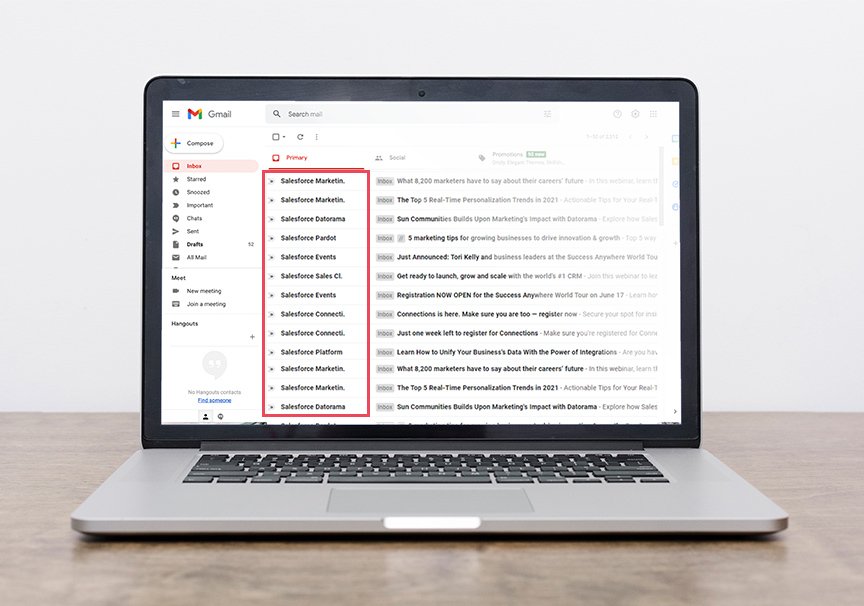 Looking at these emails from Salesforce, a marketer would immediately know which emails are worth their time, and which would be more appropriate for product developers or the events team.

While this sender isn’t as ‘personal’ as a specific person’s email, it does allow for dramatic increase in send volume because your average reader is starting to understand that highly designed emails aren’t necessarily from the person it’s sent from or signed at the bottom of the email.

For this reason, we recommend this strategy for larger resellers and vendors that are sending emails to larger customer bases, and have many different personas that they need to appeal to.

Call us for an experienced ear to bounce ideas off!

What else can be done?

Here are some quick wins that can help boost open rates, and the scenarios where we see their success:

Comparing products? Adding a versus to your subject line can increase readers by 21% which is great for educational content.

Three dots can appeal to people who are scared of missing out the full story, and has increased open rates by 31%.

Using terms like ‘while stocks last’ or ‘limited stock’ can raise open rates by 31% too, which is perfect for any New Year offers you’re running, as long as it’s true!

Emojis can boost open rates by 31%. If you’re worried if they’re appropriate for the subject and company culture, steer clear of faces! But here are some tried and tested examples that have been successful in B2B.

What you shouldn’t do

You may have noticed that some brands have started adding “FW:” or “RE:” to the start of their emails to make the email look like it’s part of a longer chain that the reader has already engaged with.

While this can lead to increased open rates, especially among busy readers that read hundreds of emails a day (which is perfect for the channels main buyer personas) it significantly damages brand credibility once a reader has realised it’s a ‘Fake Forward’, because readers don’t want to be tricked into reading! In fact, this strategy may increase un-subscribe rates by as much as 135%!

In a similar vein to the Fake Forward, a “Fake Ooops” uses the subject line to infer that a previous email was sent with a major mistake that the reader needs to know about.

While this strategy actually increases B2B open rate by 29% we wouldn’t recommend leveraging it as a regular aspect of your outreach, as just like the Fake Forward, it has a good chance of putting-off prospects instead of drawing them closer to the sale.

Though, in situations where an ‘Oops email’ may be required, it’s a good idea to make sure as many people read your correction as possible. In short, the fake ‘oops’ isn’t as much a “What you shouldn’t do” as a “What you should do if the need ever arises.”

If you’re looking to drive sales in 2022 and develop closer relationships with your existing customers and prospects, Blabbermouth has the marketing know-how and channel experience to help you grow.

With over 50 years’ channel experience throughout our Leadership Team, a range of retainers for businesses of all sizes, and a Shared Services Team that includes experts in a range of fields from SEO to content creation, brand to social, we can help your business stand out from the crowd.

So, get in touch today and discover how Blabbermouth Marketing can help your 2022 get off to the best start possible!

Laura has always been focused on our customers strategic vision and ensuring this is followed through in our execution. She knows how to put the end-user first while delivering key customer objectives. It’s this passion for understanding people that enables her to create the best brand experiences in Telecoms and Technology.

Why not book a Inbound Marketing workshop?

Other Inbound Marketing news stories you may be interested in 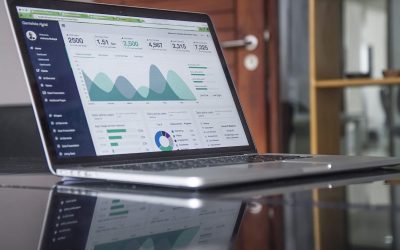 18 Lead Generation Tips and Tricks that you can Implement Today

END_OF_DOCUMENT_TOKEN_TO_BE_REPLACED 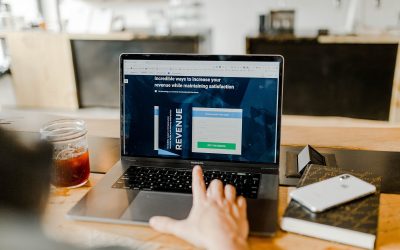 What is Inbound Lead Generation?Inbound lead generation is the practice of creating valuable content for a specific audience, in order to attract them to your company and obtain their contact details. We’ll start by defining a lead, and then we'll cover what inbound...

END_OF_DOCUMENT_TOKEN_TO_BE_REPLACED 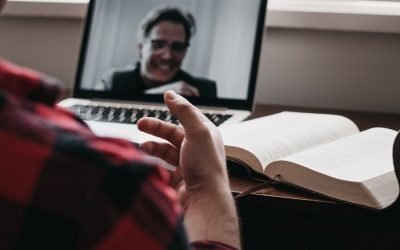 Adapting your sales approach for 2021

Has the selling process changed from before Covid-19 turned the working world upside down? Yes and no. While the steps of your pipeline haven’t necessarily changed, the process and tools used will need to be adapted and transformed.Working from home is here to stay...