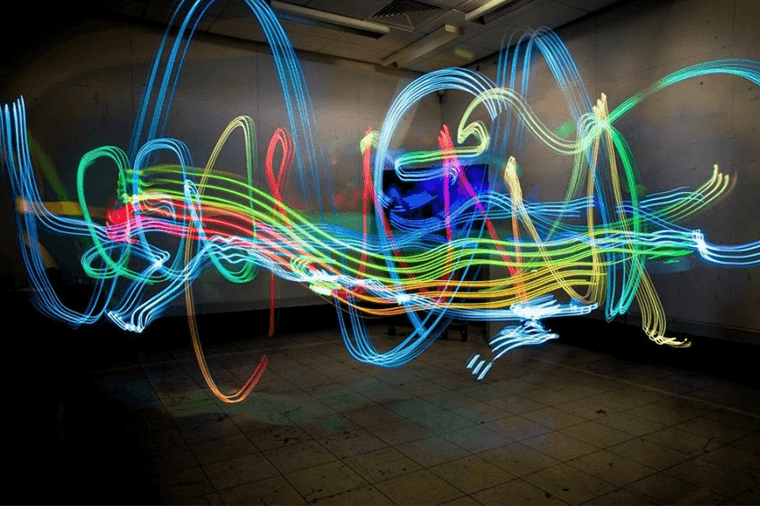 Much of the world today is invisible to the eye, especially in the Telecoms and Technology world that we work in. Operating not only in a light-less world of zeros and ones, but also in electromagnetic waves that weave their way around and through us constantly.

For his fascinating project Digital Ethereal, designer Luis Hernan, set out to capture one of these invisible signals, Wi-Fi fields, using a creative combination of long exposure photography and a mobile app.

Since you can’t just set up your camera next to an access point, click the shutter button and capture a ‘stream’ of information pouring out in pules or waves, Hernan decided to ‘translate’ that info into light and colour using an app called Kirlian Device mobile that visualises Wi-Fi signal strength using a series of colours.

The resulting images reveal these invisible Wi-Fi fields that Hernan says remind him of ghosts. 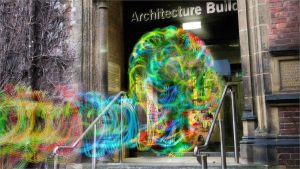 “I believe our interaction with this landscape of electromagnetic signals, described by Antony Dunne as Hertzian Space, can be characterised in the same terms as that with ghosts and spectra. They both are paradoxical entities; whose untypical substance allows them to be an invisible presence. In the same way, they undergo a process of gradual substantiation to become temporarily available to perception. Finally, they both haunt us. Ghosts, as Derrida would have it, with the secrets of past generations. Hertzian space, with the frustration of interference and slowness.”

Here’s a look at Wi-Fi alive in the world 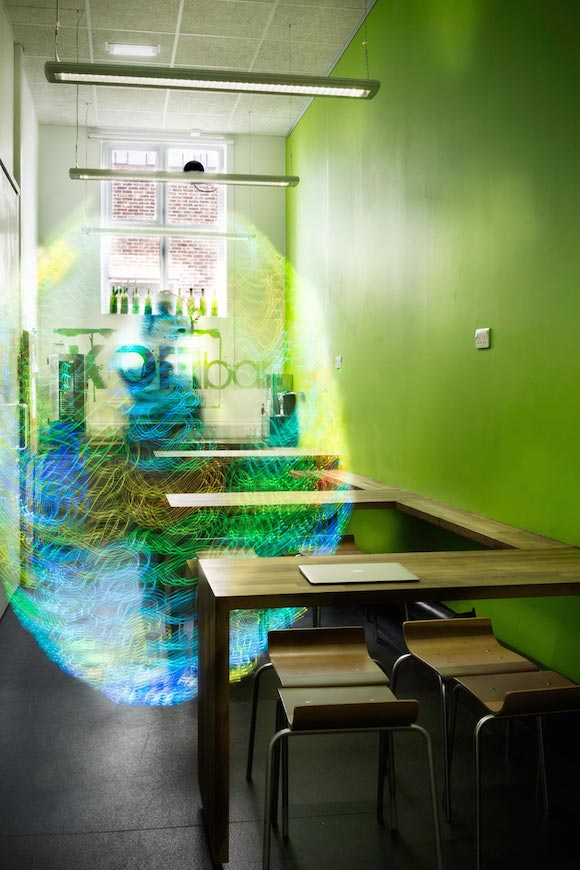 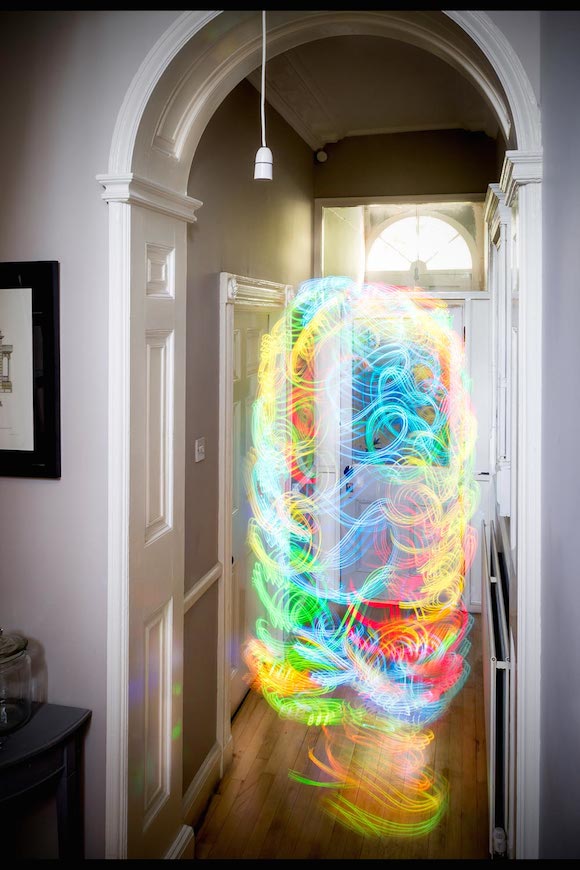 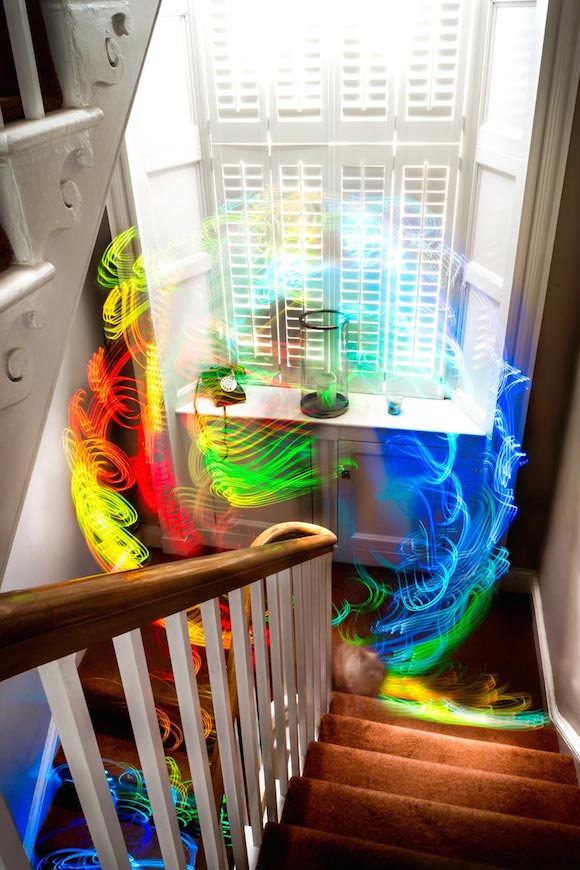 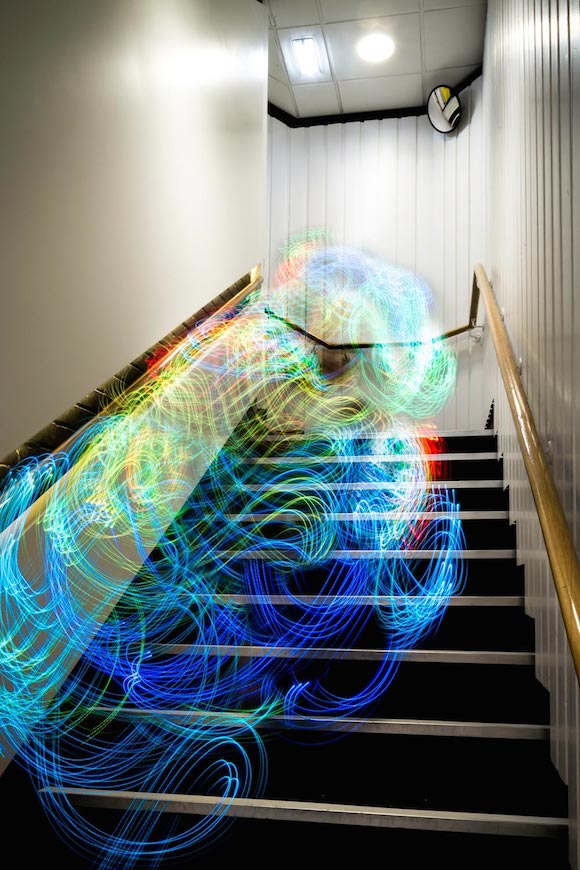 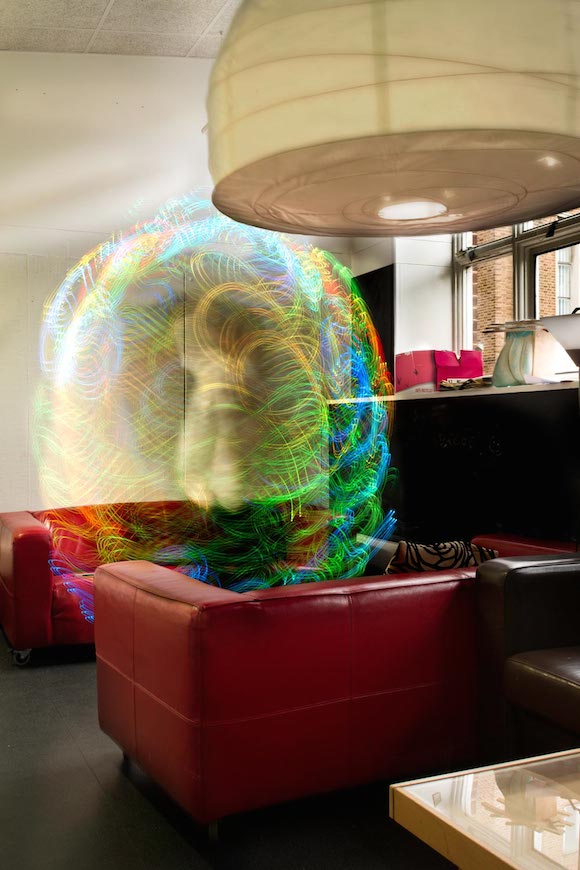 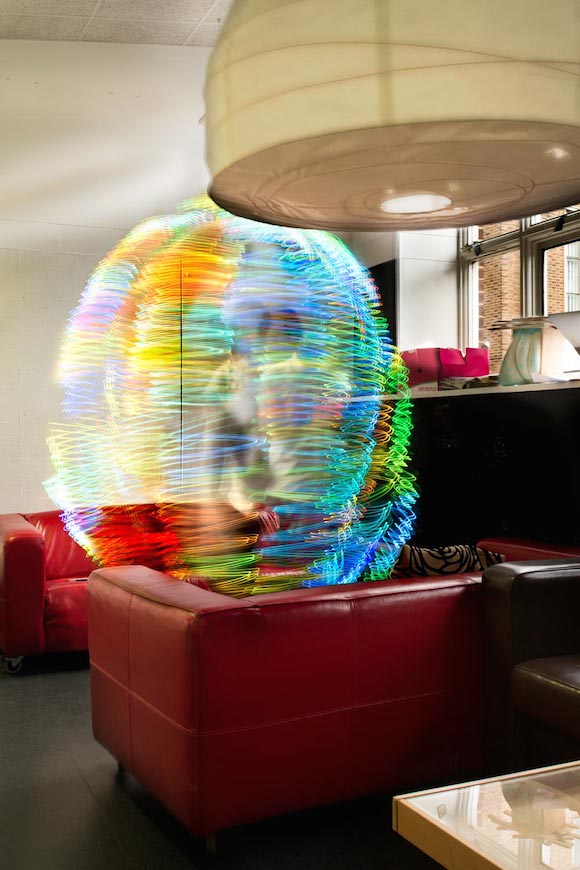 As part of the Linked Research and Interactive Space Design projects, they held a two day workshop at School of Architecture, Newcastle University with the aim to explore different dimensions of Hertzian Space through performance and long exposure photography, integrating the methodology developed in Digital Ethereal. 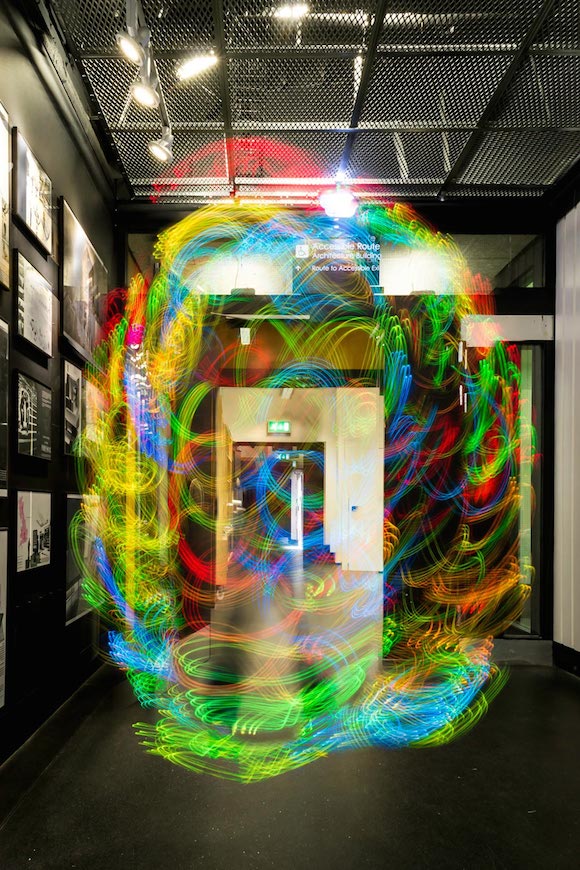 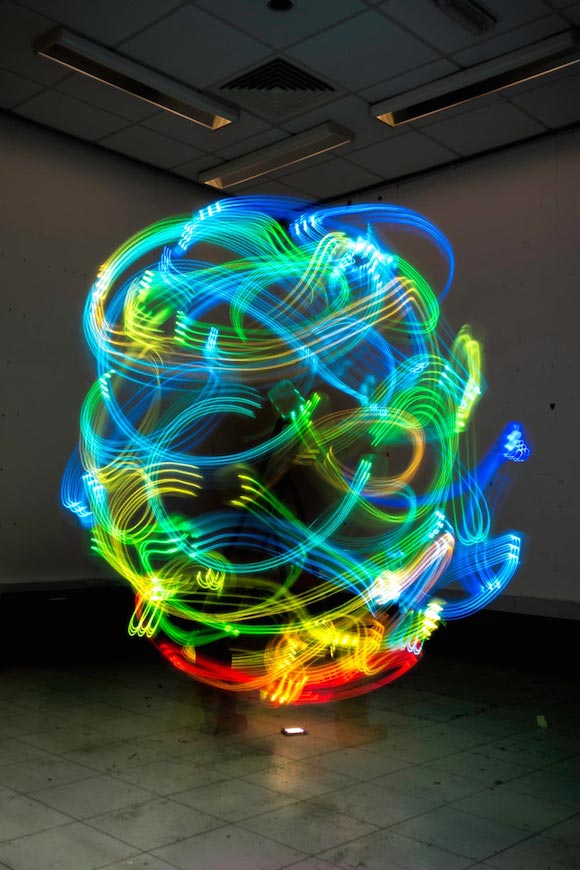 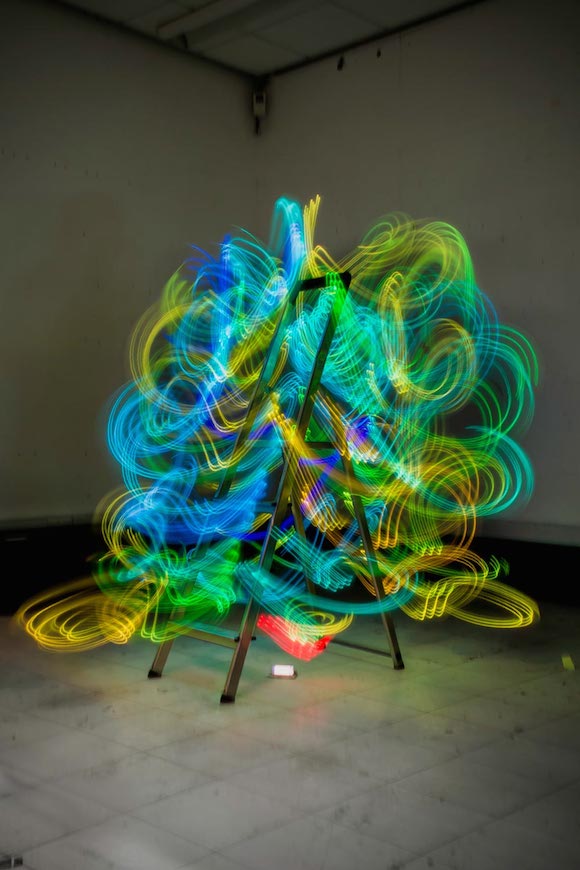 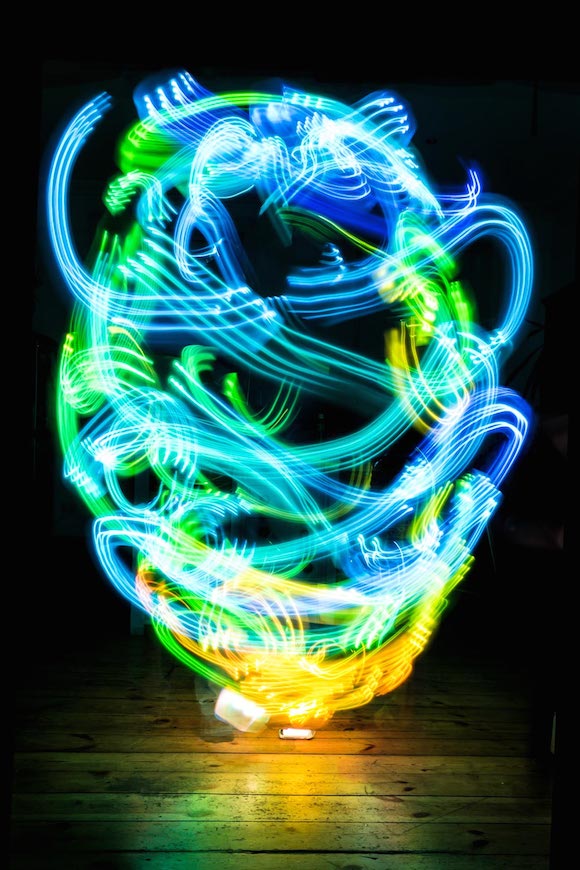 It’s our job as creatives to challenge the status quo and always ask experiential questions.

Considering wireless internet access is so common these days, having a new ‘angle’ to approach the technology from would certainly help a wireless network specialist stand out from the crowd! Not only because it’s so visually intriguing, but because it provides extra context to educate readers and develop more engaging and unique conversations.

It also brings up certain questions too, that may help from a technological/service point of view. How do these Wi-Fi fields change in appearance between the 2.4 GHz and 5 GHz frequency bands? How would these fields differ to 5G signals in lamp posts? Is there a visual difference in signals that send and receive data, or from different device types?

While answers to these types of questions won’t necessarily convince a prospect to partner with you or help solve real-world issues, they form the basis of an interesting discussion. Which, given the current climate, is essential when getting a feel for a new potential partner. Plus, this out-of-the-box thinking and knowledge can only boost your credibility by proving your technical expertise and passion for the industry.

In such a highly contested market as IT & Telecoms, it can be hard to create a brand, product or approach that is truly distinctive. But that’s where Blabbermouth Marketing can help. With over 50 years of combined sales and marketing experience across our leadership team, Blabbermouth is perfectly placed to support your business needs and develop a digital-first marketing strategy that is genuinely unique.

Laura has always been focused on our customers strategic vision and ensuring this is followed through in our execution. She knows how to put the end-user first while delivering key customer objectives. It’s this passion for understanding people that enables her to create the best brand experiences in Telecoms and Technology.

Why not book a Branding workshop?

Blabbermouth will conduct a complete brand review for your organisation to ensure your branding is working effectively for your business.

Other Branding news stories you may be interested in 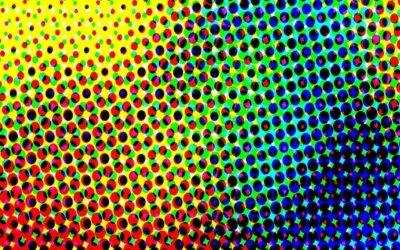 RGB vs CMYK as a tool for B2B brand differentiation

In the B2B world of Telecoms and Technology the first and most regular experience of a brand is very likely to be online. Which colour palette should we lead with for the medium?

END_OF_DOCUMENT_TOKEN_TO_BE_REPLACED 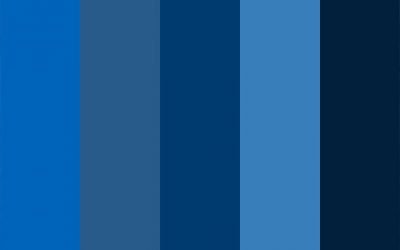 The psychology of blue branding for a B2B business

It’s the go-to favourite for many Telecoms and Technology businesses but we must acknowledge that differentiation is the sweet spot from which we drive brand.

END_OF_DOCUMENT_TOKEN_TO_BE_REPLACED 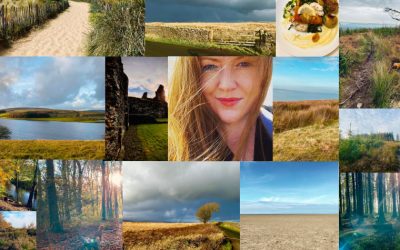 As art imitates life, our Brand Director, Laura Kerrigan is not surprised by Shutterstock’s 2021 colour report. Are you ready to see the colours of 2020 lockdown reflected in 2021 creative?